That was the topic of the Ars Electronica U19 2016 competition. We participated as part of a school lesson, so Emil, Noel and I teamed up to start working on a project. We started working on a smart mirror, but we dropped that idea since those things already existed. After some more brainstorming, I came up with the concept of Teem.

An app which not only recognises what you say but knows who said it as well. We applied this idea to an app, which tracks meetings, to get further insights.

I did some research to see if it's possible to build a working prototype. Microsoft's speaker recognition looked promising, but it requires pretty long snippets for it to work, which didn't fit into our concept. We still need the app for our presentation video, so I ended up building a prototype with Framer with remote control capabilities. Every time someone started talking, someone behind the camera could press the corresponding key on a laptop to make the person talk in the app. It worked out great for the video shoot.

Teem was awarded with a Honorary Mention. 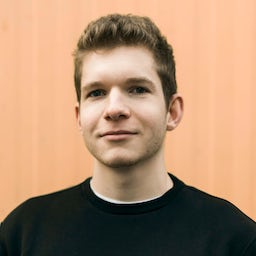